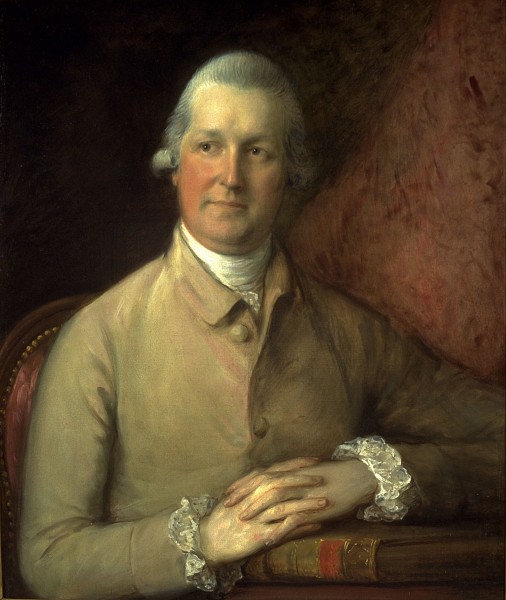 Eleazar Davy was a long term tenant of the former Ubbeston Hall as shown in the 1770s gouache. According to Dr Joanna Martin's research he was in residence between c1748 to 1779. The Suffolk antiquarian, David Elisha Davy, was his nephew and also heir to all his lands and his ‘Mansion' in Yoxford, namely The Grove in the title of his portrait by Gainsborough.

Born in Huntingfield in 1724 to David Davy (1680-1764) and Elizabeth Sheene (1684 -1762), the young 13 year old Eleazar appears to have been apprenticed to an Apothecary in Halesworth. According to an entry in The Register of Duties Paid for Apprentices Indentures on Monday 26 September 1737 Henry Aldrick acquires an apprentice ‘Eleazar, son of David Davy of Rumburgh'. We can assume that the elder Davy was a farmer as reports on David Elisha Davy's life refer to his coming from a farming family in Rumburgh.

From seemingly relatively humble beginnings, we see Eleazar move in more lofty circles. His memorial tablet in Yoxford Church informs us he was ‘for many years an active and useful magistrate'. The Ipswich Journal of Sat 25 April 1801, when Eleazar is 77 years old, informs us : 'Yesterday se'nnight John Haddington of Ubbeston, cordwainer, was committed to our New Gaol [Ipswich], by E. Davy, Esq. on suspicion of stealing a fat calf from Priscilla Rose, of Laxfield, of the value of 45s. her property. '

Whilst living at Ubbeston Hall, Eleazar marries Frances Ann Warter Wilson, nee Evans, daughter of the Right Honourable George Evans, Lord Carbery, on 8 October 1766 at St James' Westminster. According to Manners he ‘acquired some local position by the marriage of his step daughter with Sir John Rous, afterwards Earl of Stradbroke'. Eleazar has connections with other quite powerful families too, such as the Blois family of Cockfield Hall in Yoxford and our Kemps in Ubbeston, sometimes acting as executor for their wills etc. By 1770, Eleazar Davy has become Lord High Sheriff of Suffolk, whilst still living in Ubbeston.

During the 1770s, Eleazar buys The Grove in Yoxford, nowadays called Grove Park. It was originally a late 16th century building, which Eleazar develops into his ‘Mansion House'. About the same time he has his portrait painted by Gainsborough. By 1798, the Land Redemption Tax tells us Davy owns lands in Yoxford, Ubbeston, Wissett, Westhall and Walberswick.

Eleazar, had no children and outlived his wife by two years, dying on 24 January 1803 at the age of 79. David Elisha Davy, his nephew, inherited The Grove from his uncle along with all its contents and furnishings, which Eleazar wished to be kept in situ for, and by, all future inheritors. There also seems to be an expressed wish that the owners would have the name Davy and the Arms. This is addressed in 1852 when the London Gazette reported that Queen Victoria granted to ‘Lucy Elizabeth Barlee, of The Grove, in the parish of Yoxford, in the county of Suffolk, Widow and Relict of William Barlee, Clerk, sometime Rector of Wrentham, in the said county of Suffolk, deceased, Her royal licence and authority that, in compliance with a proviso contained in the last will and testament of her uncle Eleazar Davy, of The Grove aforesaid, Esquire, deceased, she may henceforth assume and use the surname and arms of Davy…

David Elisha Davy had died in 1851 and the house had passed to his sister Lucy Elizabeth Barlee, nee Davy. 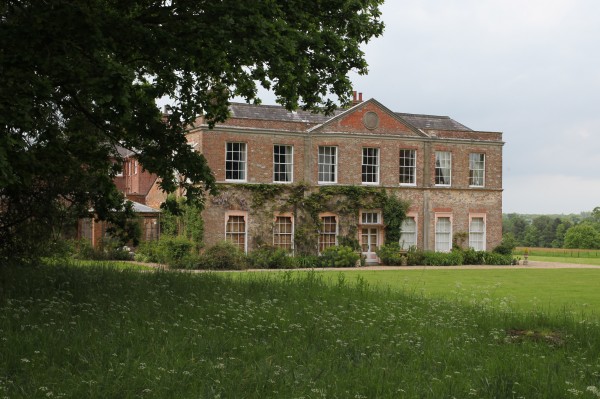 Eleazar Davy of the Grove in Yoxford in Suffolk, Esquire

Hon. Frances Ann Rous, Granddaughter of Testator's Wife - Legacy of 200 Guineas to be paid at twenty one years of age or day of marriage.

I also give unto the said Frances Ann Rous the Sum of Ten Guineas per Annum being the Interest of Five Pounds per centum on the above Legacy to be paid to her on her Birthday in every year until she shall have received the Sum of Two Hundred Guineas as above mentioned. First payment to be made on the Birthday next happening after Testator's decease.

I also give unto the said Frances Ann Rous the Diamonds, Jewels and Trinkets lately belonging unto my said Wife.

Jane Adams, Widow of Simon Adams late of Ubbeston Church - Niece. Legacy of 100£ to be paid to her six months after her [sic] decease.

Lucy Davy - Niece. Legacy of 1000£ to be paid 12 months after the Testator's decease and I do direct that this Legacy shall be in full and complete discharge of the Sum of Five Hundred Pounds and Interest at five per centum which the said David Elisha Davy is now under an Agreement to pay to her and her heirs thereof.

Revd. Francis Leggett Legacy of 50£ to be paid 6 months after Testator's decease.

His Sons and Daughters Francis Leggett, Esther Leggett (later wife of Revd. H Packard), Joseph Leggett, Eliza Leggett, Mary Ann Leggett Legacy of 100£ each - payable at age of 21 years or day of marriage for daughters and I give unto the said Revd. Francis Leggett the Sum of 25£ per annum being the Interest on the whole Sum 500£ until the said Sum or any part thereof shall become payable to his children. And such Sums of Money being the Interest at 5% on such part of the principal as shall from time to time remainder said Interest. Money to be applied for the benefit of Legatees last mentioned.

David Elisha Davy - Nephew. And I do hereby will and direct that all my Plate, Pictures, Linen, Library of Books and household furniture shall go and belong to and be used and enjoyed with my Capital Mansion House called The Grove aforesaid and shall be described and considered as Heir Looms to my said Mansion House as far as the Rules of Law and Equity will admit And to that End I do direct that the said David Elisha Davy and all others where first entitled to the possession of said Mansion to deliver Inventory of such Plate etc to person apparently next entitled under the limitations of Testator's Will.

Miss Capper - Legacy of 50 Guineas to be paid within 6 months after Testator's decease.

Elizabeth Davy - Annuity of 10£ for life to be paid quarterly - first payment the quarter day first happening after Testator's decease.

Susanna Bridges - Legacy of 20£ and Annuity of 10£ for life payable as last mentioned Annuity.

Maria Barker - Annuity of 5£ for life as before.

Edward Davies & Sarah his Wife - Annuity of 5£ each to be paid and payable as before.

Said David Elisha Davy, residuary legatee, Nephew - And lastly I give and bequeath all my ready Money and Securities for Money, arrears of rent debts to me due and owing and all my Stocks in any of the Public Companies, Funds, my farming and other Stock and all other Goods, Chattels and Personal Estate, whatsoever and wheresoever (not hereinbefore otherwise disposed of) unto my said Nephew, David Elisha Davy to and for his own use and benefit.

BY CODICIL: Henry Jermyn - Legacy of 20 Guineas for advice and assistance to Executer.

Said Jane Adams, Lucy Eliz. - Nieces - and Miss Capper -Legacy of 20£ each in addition to Legacies by the Will to be paid 3 months after Testator's death.

Said Maria Barker - Further Annuity of Ten Pounds making in the whole 15£ p.ann. to be paid as in Will. 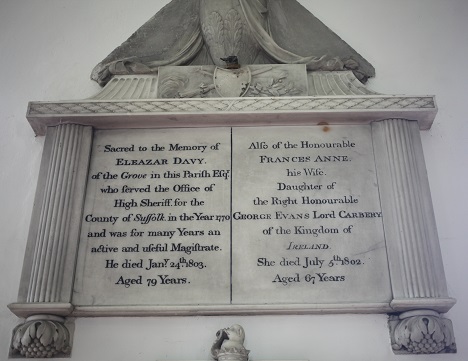