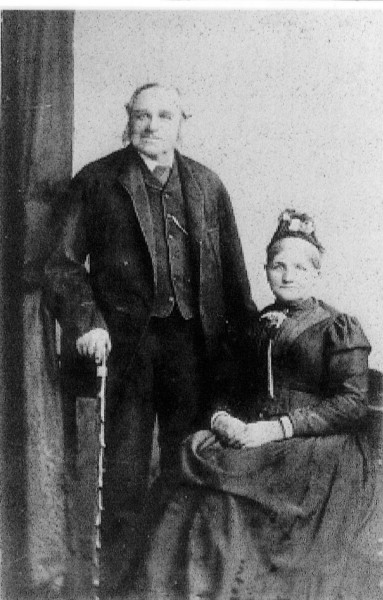 In 1841 the census shows Robert Sillet, a 50 year old thatcher, was living with his wife Millicent, nee Moore, and their 3 sons and 2 daughters in Ubbeston. The two oldest sons, James and Robert were also thatchers, but John, in the photo, was only 11 at the time. According to the tithe apportionment of 1840, Robert Sillet rented the churchyard as pasture from the vicar, the Rev Samuel Badeley, who owned the rights over it as Glebe property. It is very probable that the Sillets lived in half of what is now White Cottage and was then Church Hill Cottage.

By 1851, Robert had died (1848) and Millicent, his widow, was living in Barrack Yard in Laxfield, the neigbouring village. Two of her sons, who lived with her, were Robert who is still a thatcher like his father and John, from the photo, who is an agricultural labourer.

In 1854, the last quarter, there is a record of John Sillet marrying Eliza Pearce in Durham. Eliza was born in Laxfield in 1836, daughter of John and Susan Pearce. The family lived in the Studhaugh area of Laxfield. John went up to Durham presumably to find work, which, according to the 1861 census, it seems he did. He became a coke inspector, obviously more lucrative and regular employment than his work as an agricultural labourer in Suffolk. So did the couple go up to Durham seeking this work and then marry there or did John find the work and then send for her? Anyhow, the outcome was they remained in Durham and went on to have nine children.

Their Suffolk ties were not severed, however, as the 1871 census shows their daughter, Mary, aged 6, staying with her maternal grandparents in Laxfield.

John Sillett's ties with Ubbeston go back to his grandfather Robert being born here in 1766 and then marrying Esther Bicker, also from Ubbeston, on 6 Apr 1790. Their son Robert, born in 1789, was John's father. There are over 20 entries in the parish records for Silletts in Ubbeston. For further information on the Sillett family, please see www.family-tree.mike-turner.me.uk

Our thanks to Mike Turner for allowing us to publish the picture of John and Eliza Sillett and for the information from his website. Below is The White Cottage formerly Church Hill Cottage where the Silletts lived in 1814. 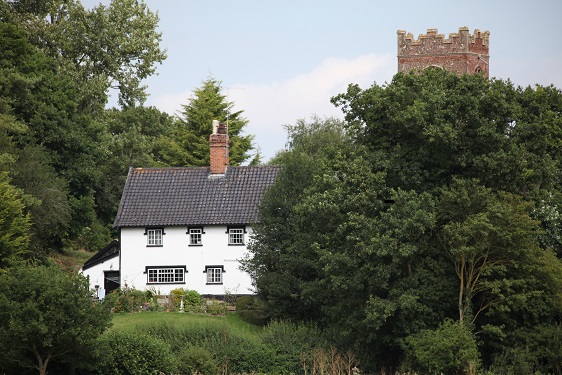